Since 1961 Norman Goldenberg has been involved in the pest management and lawncare business having owned his own companies for approximately 15 years. Since then he has held the positions of senior vice president, government/public affairs for TruGreen; senior vice president, government/public affairs, licensee relations and technical services for Terminix International, with both business units as part of the ServiceMaster family of companies.

With over 53 years of experience in these industries, he has received numerous industry awards, including Lawn & Landscape Magazine’s Guardian of the Environment, The National Pest Management Association’s Pinnacle Award, and most recently PLANET’s Lifetime Achievement Award. He was also named “One of the 25 Most Influential People in the Pest Control Industry” by PCT Magazine. A board certified entomologist, Norm holds a Bachelor of Science degree with a major in entomology from the University of Florida. He was named “Member Emeritus” of the Advisory Council to the Entomology Program at Florida A & M University in 1991.

Norm served as a member of EPA’s Lawncare Advisory Committee and currently serves as a member and secretary of the Florida Department of Agriculture’s Pest Control Enforcement Advisory Council. In addition Norm has served as president of the two national trade associations representing pest management and lawn and landscape companies, the National Pest Management Association and the Professional Landcare Network (PLANET), respectively. He is also a member of the Entomological Society of America and the American Chemical Society.

WHO WE’VE WORKED WITH: 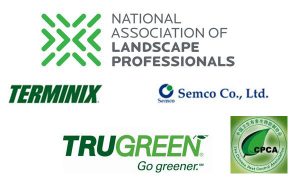 WE WANT TO HEAR FROM YOU

Contact us using the form below and we will respond as soon as possible.